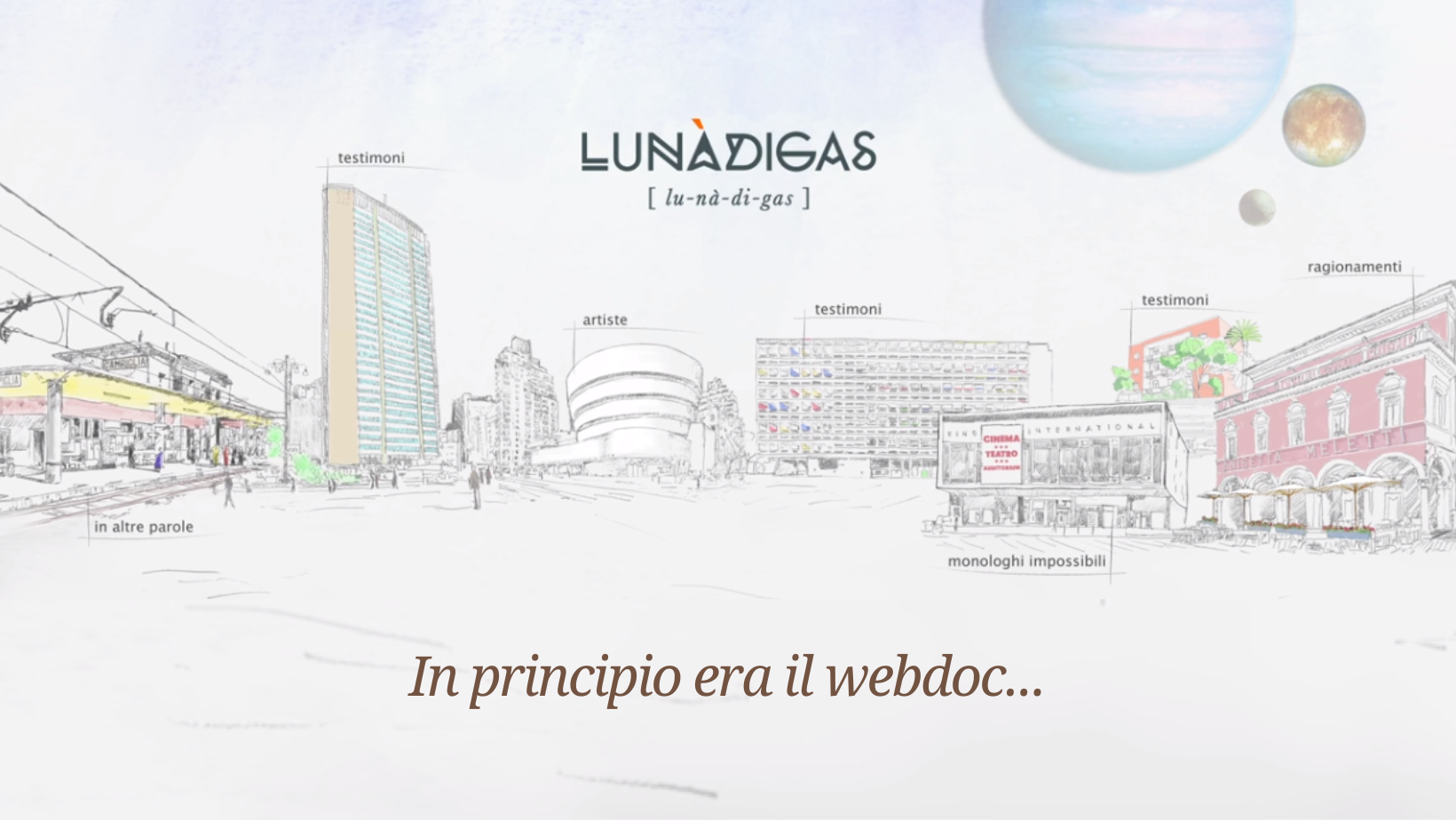 January 22, 2015: on this day the Lunàdigas project debuted online with the publication of the webdoc, the result of many years of work and research by Nicoletta Nesler and Marilisa Piga investigating about women choosing not to have children.

Giving voice to unexpected reasons and feelings, always different for each and every woman, the webdoc, thanks to its format of interacting documentary and going beyond the traditional distribution channels ─ even before the film Lunàdigas, or women without children and the introduction of the Live Archive ─ gave voice to a huge amount of testimonials collected over time by the authors, both to renowned and wonderful everyday women. It began to reach a large number of people, stimulating a movement of ideas around the various forms of motherhood, including non-motherhood.

So this is how everything began: from that fast-paced day of expectations and worries, joy and terror, we were fully aware of having set a first step, in Italy, in the research on the choice of non-motherhood, until then almost ignored or left out from the social survey.

Much has changed since then, but much remains to be investigated and still many narratives to be deconstructed around the theme, which is why over the years the research has opened up to the entire international scene, thanks to a passionate and constant work in progress.

However, in order to achieve such important goals (involving an entire country and then the world, just to be clear) you never get there alone. So, for that January 22, eight years ago, when the Lunàdigas came into the world, a special thanks goes to Cristiana Scoppa and Eugenia Romanelli, press office, Luca Buelli and Erica Vitellozzi, who supported the project from the beginning, to all those friends who finally realized where Marilisa and Nicoletta had been hiding!

Thanks also to all the women who, from then on, have embraced the project with love and care, supporting it professionally day by day with great dedication: Silvia Moretti, excellent project manager and tireless archive curator together with Roberta Colangelo, always on the look out for the right grant and funding calls; Daniela Travaglini, sophisticated translator curating our subtitles; Giusy Salvio e Veronica Secci, masterfully juggling our social media; Claudia Mazzilli, author and writer offering us invaluable reviews of lunàdigas books.

Thanks to the whole community that has tightened around us, and thanks to all of you who are the reason and also the engine of this project, this journey continues.

We celebrate it with three new testimonials for the Live Archive, recently collected thanks to the contribution of the Fondazione di Sardegna. Two have men as protagonists – Carlo Antonio Borghi, artist, performer, writer born in Cagliari on June 14, 1949, and the very young university student Luca – and a woman, Lisetta, retired lawyer.

Luca, although not ruling out completely the idea of having a child in the future, questions the traditional historical concept of the family as a social duty to “fulfill” adult life and emphasizes how he is more focused on individual realization rather than building a family.

C.A.Borghi, author of the Impossible Monologues. The exclusive revelations of 35 mythical lunadigas (Arkadia Editore), in his testimony at Lunàdigas, traces part of his family history and of his human and cultural background, including the different reasons that led him not to want and not to have children. All partly traceable within the Monologues themselves, where thirty-five stories of mythical and extraordinary women – DianArtemis, Cristina of Sweden, Ava Gardner, Lady Jane Austen, the Capitoline Wolf, Greta Garbo, Lilith and all the others – are evoked to tell of their being childfree. Surprisingly, in the large group of women, also appears an exceptional “narrator”, Pier Paolo Pasolini – “spirit guide” of Carlo Antonio Borghi – who speaks for himself and his Maria “Medea” Callas. Artists, queens, revolutionaries, characters from the classical world and universal history meet for the first time to dialogue directly with the reader, perfectly informed about the daily reality of our times.

Lisetta, in her interview, tells us of her motivations regarding non-motherhood, how having children represents for her a limitation to the most precious good: freedom.

In the Stories section, Claudia Mazzilli takes us on a dense and passionate journey into the very heart of the word Lunàdigas with her article Between etymology and anthropology: the word (for the) lunàdigas.