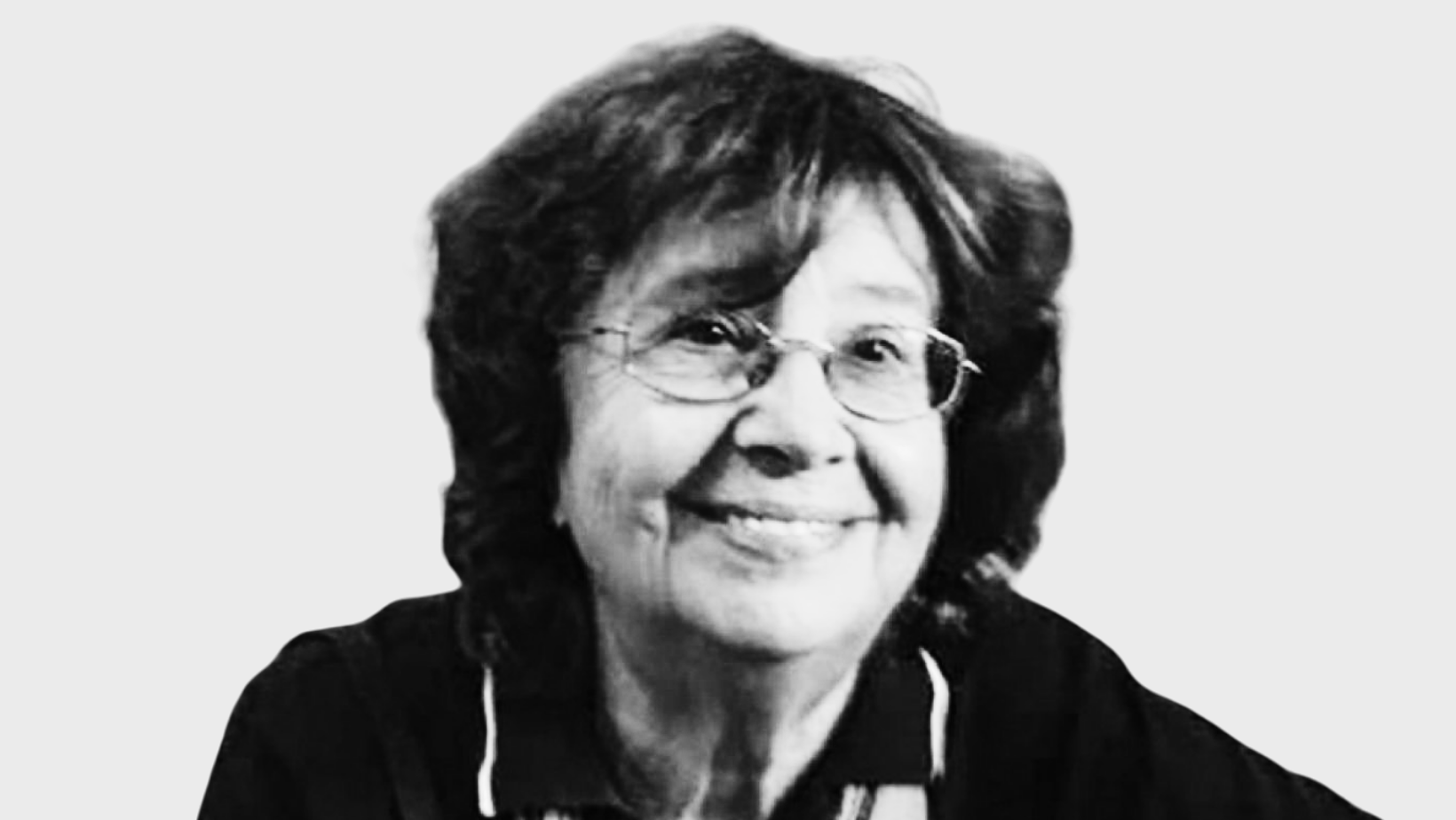 About a year after her death (21 April 2021), Lunàdigas also pays tribute to Lidia Curti, a feminist critic, a scholar of cultural and post-colonial studies and an honorary professor of English literature at the University of Naples “L ‘Orientale”.

We do this by retrieving some ideas from the collection of essays Future Feminisms (Iacobelli editore 2019, edited by Lidia Curti with Antonia Anna Ferrante and Marina Vitale). We have no claim to be able to rigorously and exhaustively interpret a work that is the result of years of interdisciplinary study of the entire research group Future Feminisms, but we hope to show to those who follow us some of the works of authors dear to Lidia Curti and thus contribute to consolidate the memory of Lidia, a teacher capable of connections between feminisms around the world. This is already demonstrated by the cover of the work, with a sculpture by the Kenyan artist Wangechi Mutu, whose mutant figures challenge the boundaries between species, between racial identities and between genres.

Future feminisms is an ark that collects some essays of about twenty pages each, accompanied by an exhaustive bibliography, that intersect each other, building bridges and inviting us to explore and create a new imaginary, outside the techno-patriarchy framework, exploring the works of artists, storytellers and philosophers of the international scene.

Freedom of movement and reproductive revolution: this is the leitmotiv to which we care more as lunàdigas and it is also the track that from the beginning crosses many contributions, which start (with Marina Vitale, p. 19-36) from the new ecology of the Californian Donna Haraway, author of the essay Making Kin in the Chthulucene. In the last chapter Haraway abandons the theoretical argument and engages in the “speculative” story (a fiction category – not always distinguishable from science fiction and dystopia – that places in the future possible things or even things that already happened, on the basis of solid social, scientific or philosophical premises. An example known to all: Margaret Atwood‘s The Handmaid’s Tale). Donna Haraway imagines, in the imminent future (from 2025 onwards), symbiotic alliances between human, plants and animal species in a devastated ecosystem, through the story of five generations of “Camille” (a hybrid name, neither male nor female). Resistance practices in supportive communities, which are based on the motto “Make kin, not babies”: make relationships, not children. In each family there are always three parental figures, that not always coincide with the biological parents or with the gender of the (so-called) natural family. On the contrary, one of the goals of this social organization is to replace the traditional family intended as community units inspired by care taking, reciprocal help, population decrease and responsibility towards a devastated environment. Furthermore, these communities are not permanent, but fluid and open, where each diversity is very welcome, starting from the colour of one’s skin. Among the various forms of trans-species solidarity we find the creation of migration passageways for animals risking extinction, such as the Monarch butterfly, which travels between Canada and Mexico. Hence, a radical critique to the rigid concept of borders.

In fact, as Lidia Curti points out in the second essay of the volume, “plant neurobiology reminds us that the vast majority of living beings on our planet are plants that have inhabited it for hundreds millions of years before us; they form a nation without borders, based on coexistence and mutual support; movement and migration are essential elements for the survival of species” (p. 42). But the migration of seeds also takes into account anthropic factors, such as diasporas or the deportations of African slaves that dot the cartography of European colonialism. The offence against life and the environment is also expressed in the abstract and hierarchical taxonomies of botany, built, starting from Linnaeus, with the same mindset of colonial  racism and the mechanism of planting, based on the replication of plants foreign to the environment to the detriment (and extermination) of local plants. Within this theoretical framework are the works of the artist Maria Theresa Alves (native of São Paulo in Brazil) in Wake for Berlin (installation 1999-2001) and in Seeds of Change in 2009 (http://www.mariatherezaalves.org/works) or those of the Palestinian anthropologist and artist Vivien Sansour (in Beit Jala, in the heart of the Occupied Palestinian Territories, she created the Palestine Heirloom Seed Library, an “archive of seeds”, aimed at preserving biodiversity and agricultural traditions as a counter-memory of another Story: https://www.youtube.com/watch?v=XoexxUOeZak) and many other artists, storytellers and philosophers little known by the general public and unfairly marginalized by the media. Also worth mentioning is Larissa Sansour’s sci-fi documentary, In the Future They Ate from the Finest Porcelain: a group of activists excavate the ground to deposit porcelain artefacts that will allow future claims to the land from which this civilization has been dispossessed (for a complete review see pages 42-49 and 78-96, respectively edited by Lidia Curti and Olga Solombrino).

In the third essay Silvana Carotenuto (pp. 58-77) illustrates a novel by the Korean Han Kang, The Vegetarian : the refusal to eat animal meat and the aspiration to become a plant, living only on water, is a radical criticism of patriarchal “meat-chauvinist-logo-centrism” (the definition is by J. Derridda).

Worthy of note is also the essay by Tiziana Terranova (pp. 99-111) on the 1997 film Conceiving Ada, written and directed by the American artist and filmmaker Lynn Hershman Leeson. The protagonist, Emmy Coer, is a programmer who is passionate about the figure of Lady Ada Lovelace, daughter of the poet Lord Byron, cryptographer and mathematics genius, who wrote the first algorithm for the mechanical prototype of the modern computer, the machine of the engineer Charles Baggage. Emmy manages to send a digital pigeon back in time, exploiting the quantum properties of information. Emmy can thus witness the life of Ada and copy her memory into the female embryo she carries in her womb, giving birth to her in an age when the child, with the support of her “cyber-parthenogenetic” mother, will be able to express all her potential a little better than in England in the early nineteenth century. Establishing an evocative confrontation with A room of one’s own in which Virginia Woolf claimed for women the need for economic autonomy and emancipation from domestic duties, Tiziana Terranova dwells on a crucial scene of the film, in which Ada Lovelace, at the end of her life at only 36 years old, confided to the writer Mary Shelley that she only wanted to “dream and think in peace”, but that she could not do it for lack of time. “Resisting this pressure has made her a ” contrary Mary ” exhausting her energies in the expenditure required by the resistance to so much manipulation. What caused the bleeding that Ada suffers from, a symptom of that disease that will lead to her early death? Was it the study, and specifically the logic and mathematics, not suitable for the nervous and weak physique of women, as Victorian medicine claims? Or was it the patriarchy that exhausted and destroyed her body, taking with it all the potential that extraordinary mathematics and programmers could still develop? (…) Somehow it is precisely this uncertainty or temporal precariousness that constitutes at this moment the source of a new scarcity of time for those who want to “dream and think”, while on the other hand for others, time is freely “wasted” in the various forms of mass incarceration and suspension of the rights of life, in prison or in refugee camps, or waiting for liberation or permits that never arrive “(pp. 100-101). A film that, twenty-five years later, it is still highly relevant even now that cyberspace is no longer the future, but constantly hybridizes our daily life in a permeable, multiple, tactile way: from WordPress to Facebook to Twitter to Tumbler, Youtube, Instagram and Whatsapp up to the “platform capitalism” of Netflix (as Antonia Anna Ferrante calls it, pp. 112-129).

There is much more in the essay Future Feminisms; the few lines that follow do not do justice to the many artists and philosophers around the world worthy of attention, but serve at least to cite the Italian scholars who contributed to the volume. Illuminating reflections on the Xenofeminist Manifesto by the collective Laboria Cubonicks and on the Black Quantum Futurism by Camae Ayewa and Rasheedah Phillips (Roberta Colavecchio, pp. 144-147); pages that trace the history of feminist artists from the 1960s and 1970s and their critical reception (Alessandra Ferlito, pp. 150-170); references and interconnections between the works of Ursula LeGuin and Naomi Alderman or the Afrofuturist novels of Octavia Butler and other forms of art, including cinema and television series. Finally, there is the rewriting of new female figures such as the digital influencer Li Miquela (by Stamatia Portanova, pp. 173-194) and figures of ancient mythology (Lilith, Kalì, Giocasta, Antigone, by Luciana Parisi, Suzanne Livingston, Anna Greenspan): attempts to build a new artistic and argumentative grammar, within radically revolutionary paradigms, as in the figurative revisitation of the Indian artist Nalini Malani who in 2018-2019 recognized in the prophetess Cassandra “the unfinished enterprise of the women’s revolution”, which still today, never exhausted, warns the representatives of the patriarchy on the ecological and humanitarian disasters of the planet.