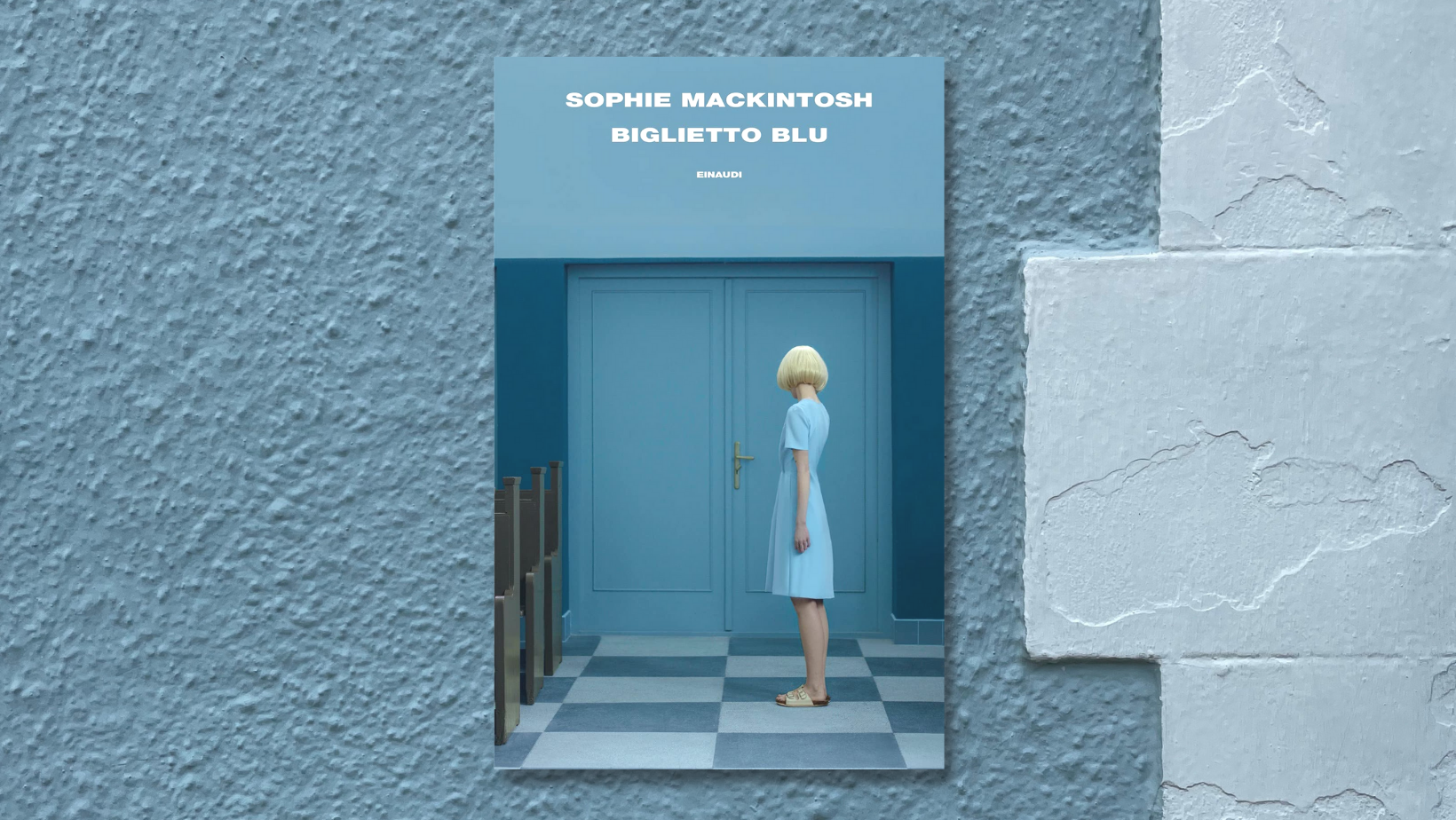 To those who loved Margaret Atwood’s The Handmaid’s Tale, I recommend another novel on the subject of controlling the body of women: Blue Ticket by Sophie Mackintosh (born in Wales in 1988 and resident in London).

Probably a subtler and more minimalist dystopia, without the complex construction of roles and hierarchies found in Atwood’s novel, but equally compelling: on the day of their first period, girls are assigned by an impersonal lottery draw either a white ticket (which means marriage and children) or a blue ticket (a life free from all commitments, with the only prohibition of getting pregnant). From then on, the destiny of the two groups of girls are separated for good, in a sort of apartheid. For the rest of the novel, the society depicted may appear to be endowed with an efficient welfare system and all in all free, where even bisexuality seems widespread and accepted as normal, yet that single prohibition regarding free motherhood is enough to arouse in the reader a sense of claustrophobic oppression. With a clear and sharp writing, Sophie Mackintosh depicts a repressive and totalitarian society in which, through doctors, control is exercised not only on women’s bodies but also on their thoughts and night dreams (men are instead free to go out with both white or blue-ticket women). A social representation that seems to spring out of her pages effortlessly and without forcing our imagination, in an unnamed country, because the interference in the privacy of women is always round the corner from us in the past, present and future (from one-child policy in China, dismantled after 40 years, to restrictions on the right to abortion in many countries around the world…).
Calla, the protagonist, is convinced that she is not inclined to motherhood, empathy, care. When she gets the blue ticket she is happy. She persuades herself that there is a logic in the assignment of tickets (in reality everything is random), also to justify the many medical tests to which she is systematically subjected. Until she feels the urge for motherhood, which at first seems a whim, the taste of the forbidden fruit, but which then turns into a powerful dark feeling that reaches frenzy, delirium, fetishism when she sees small children, or even pushes her in baby food stores or induces her to rock bottles or socks filled with flour as if they were babies.
Calla secretly manages to remove on her own the IUD that had been implanted without her being able to choose, as for all blue tickets. The strength of Mackintosh’s writing is in describing paradoxical and surreal situations with dry and coarse verisimilitude. Hence, the scene in which Calla tears off her IUD cannot fail to recall, by analogy, the practice of clandestine abortion. Everything in this novel looks like its opposite. And every aberration, every degradation, every imposition is already here, one step away from us. Calla is dating a man, gets pregnant by deception, then proposes to him to defy the law, but she will be abandoned by her partner. When the belly begins to grow she is found out: she will be banished from the house where she resides, through an emissary who brings her a yellow envelope. The episode in which the women of the neighbourhood witness the communication of the public official and turn into angry beasts, destroying Calla’s house, has the force of an archaic stoning. But this page of the novel says a lot about how women can be each other ‘s worst enemies, the most stubborn sentries of a narrow, obtuse, oppressive patriarchy.
Calla later camps in a shack with other runaway women. Three pregnant, blue-ticket like her; another, on the other hand, is a white-ticket who aborted illegally, also the victim of a system that deprives women of the freedom of choice. An essential figure to understand that the fate of both is actually the same: the denial of the right to choose. Not a word more about the plot, which does not deserve spoilers and simplifications. But never in this novel are women truly sympathetic to each other. Each is a beast in search of the deep roots of a denied bestiality and physicality, in a frenzied exploration of the mystery of one’s own fertility, either prohibited or imposed: all are alone, solidarity is fleeting, transitory, linked to survival.

“I was a warm-blooded female animal. I was a doll with another doll inside of me. I was the chicken I opened up one day only to discover that the stomach had been left in by mistake, a pearlescent bag still full of grain from its final meal.”

Calla in fact, once expelled as a criminal, begins an erratic journey, hiding because she knows she can be captured. She sleeps now in hotels, now in the streets, now in the woods, has occasional relationships with men, often violent or humiliating, experiences the difficulty of foraging for food, washing herself, hiding her own identity. Her physical transformation is not only due to pregnancy, but also to being on the run which makes her dirty and barefoot, breaking or losing her shoes and transforming her feet into leathery tools of escape; which makes her dependant on alcohol; which leads her to see everything as blue as the note in the locket around her neck. Also in the description of the degradation, Mackintosh touches points of extraordinary, paradoxical realism: the wandering of Calla could be that of any homeless person in our cities. Her search for the border to a better country could be that of any refugee and any migrant. The frontier to be crossed coincides with the discovery of the will, of the destructive but unavoidable power of choice (whether or not to want children), which cannot be delegated to a state lottery and opens a divide between before and after. Thus, through the search for an elsewhere, for a right to mobility not conditioned by the exhibition of white or blue documents, by customs, by besiegement or pursuits by doctors and emissaries, in the imagination of the reader, this journey towards freedom powerfully connects internal colonialism (on the part that has always been subordinate in humankind: women) and external colonialism (on the weakest and most rejected peoples on the margins of history).
The novel denounces any despotism, which often manages to cunningly take on the role of kindness, irreproachable professional reliability, most aseptic diplomacy or free and incandescent love.